In the seventh of the series of Sofa Chats, top interior designer Mia Karlsson in conversation with Zoltan Halasz about the designers behind the Minotti furniture and her favourite pieces.

With an extraordinary eye for the latest styles, colours and trends, Mia’s interior designs are coolly stylish, warm and seductive, sharp and focused.

Hit the play button below to watch the full conversation, or read the full transcript below:

Zoltan: I’m just going to ask a few questions because we’ve known each other for a very, very long time.

Zoltan: What are the three words you would describe Minotti?

Zoltan: Very nice. To be fair, I actually think exactly the same because-

Zoltan: Not just because obviously I work for Minotti, but I think it is really a brand-

Zoltan: Of amazing craftsmanship and we work with amazing designers as well.

Zoltan: Obviously, Rodolfo Dordoni was the-

Zoltan: Main designer for many years, but we introduced a couple of new designers now such as the Scandinavian-

Zoltan: Danish-Italian couple GamFratesi. What is your opinion about them?

Zoltan: You coming from Sweden, obviously. What is your opinion?

Mia: Yeah, really love it. As soon as… Do you remember I came into the showroom the first time and I saw the new pieces and it was, home. It’s what I remember, but it’s… It’s what I remember as I grew up in the north of Sweden, the simplicity and the style and the craftsmanship of the wood that is used.

So, the soft lines of the wood and then with the lovely, lovely upholstery, but it’s much more refined.So it’s what I remember.

Zoltan: It’s a bit of a twist with the Italian flair.

Mia: Exactly. So, you have that Italian leather in particular, I guess leather then with the wood is a combination of Scandinavian with the Italian. I love them, they’re beautiful.

Zoltan: Perfect. So basically that applies, I think, for lots of the pieces as well. We were just talking about-

Zoltan: For example, the older pieces. The Hamilton sofa you used to use for many, many projects. 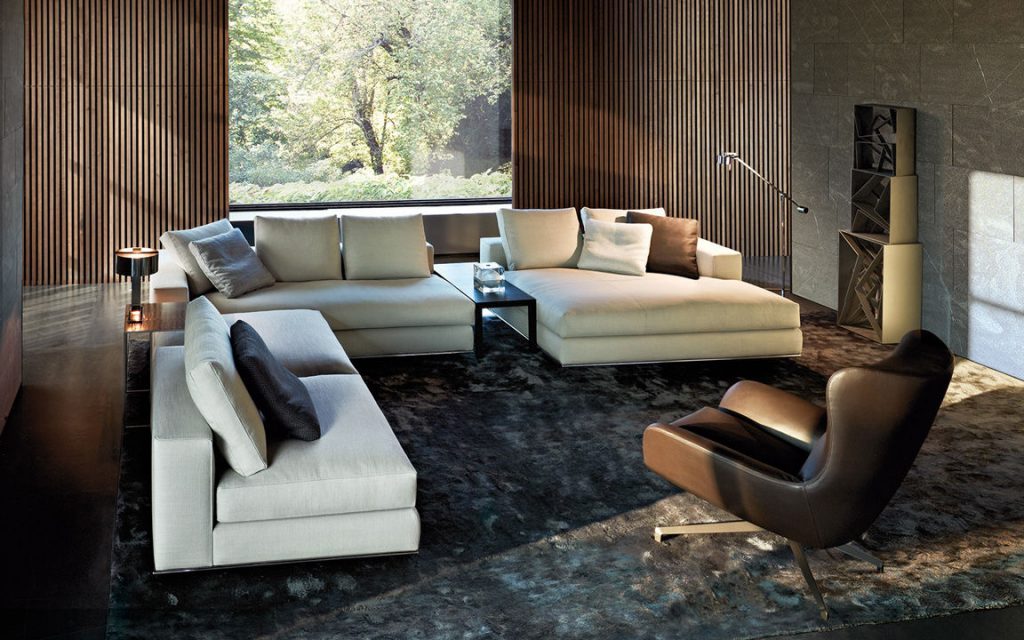 Zoltan: So what did you like about those? Just the clean lines the elegance?

Mia: The Hamilton sofa… Yes, the Hamilton I was introduced to when I was in the inception of my career as a designer, I was freelancing. And that particular company used the Hamilton sofa time and time again. I don’t know… I can’t even remember how many projects I drew or specified that sofa for.

And what I found… What learned then is the quality, needless to say, but also how it could fit into any situation because the modular system of  the Hamilton in particular, fitted into larger spaces and the smaller apartments that you have in London. So, it is the perfect piece. It’s beautiful.

Zoltan: And also, I think what you had just mentioned, it’s very clean lines-

Zoltan: Very sleek lines so you can actually mix it a little bit.

Zoltan: Which was the most exciting project you used Minotti for?

Mia: The most exciting… Actually it’s not one project, there are few and I will take as an example, I moved on from the Hamilton sofa so when I started my own company, this is over a decade or so ago, I started then falling in love with the Andersen sofa. 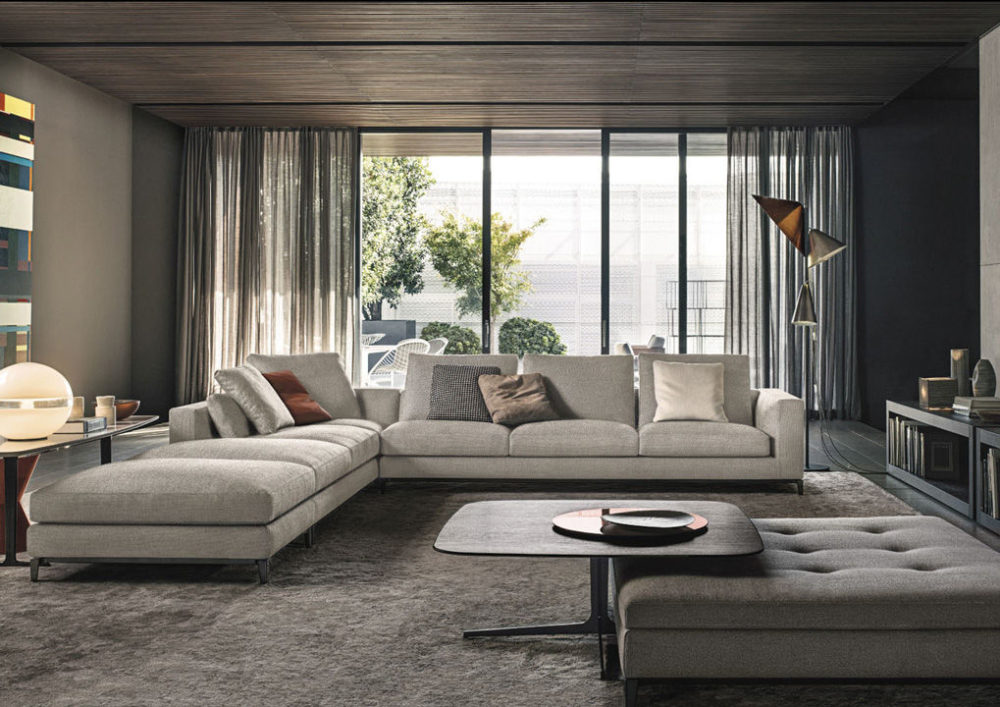 Mia: And in particular, when the Andersen sofa came as the Andersen quilted version, I thought, “This is amazing.” I love it for many reasons. And what I found… And actually I was going over my pictures of items, Minotti items, I’ve used in my projects. Of course, we can’t photograph all of them, unfortunately. Some of the most amazing projects are not photographed because the clients wish not to have them published.

But the Andersen I’ve used in a historical grade one listed building in Hamstead. So, it has panelling, it’s got ornate ceilings to windows, it’s very, very historical looking. The Hamilton sofa, amazing, fitted in like a glove.

It didn’t interfere with the backdrop of the traditional ornate property and held its own, it wasn’t disappearing either. It’s just a beautiful, simple way and it was beautiful. One would’ve thought a Chesterfield would’ve been… But actually the… Not the Hampton, the Andersen sofa in this setting highlighted the backdrop. Because it’s so simple and beautiful and clean in itself.

The next one I found an image of was a more contemporary, normal London family dwelling. And again, amazing. It just looks great, but in a very strong colour. So, that was the difference with the first project, it was a neutral tone.

Because the wood backdrop and stone windows and so on. And for the second one in the more family home, it was a very strong colour what then made it take on a different strength.  And the final one I selected was… I used it in a very modern property in Ealing. So it’s very, very modern and still, it just looks beautiful so I can’t… Wherever you put this piece, it works. From a design point of view.

I mean, let alone talking about the quality and the practicality of it, which makes it sell itself but the look of it is so simple and so clean, it just works in any setting and I think that is unique, actually. One thing about the quality, I must say it’s far, far superior, in my opinion, I’m not going to mention names, but to other Italian brands, for example.

Mia: Is the quality of the fabric. The fabric is incredible, the quality, the fabric, the frame has… I can talk about Minotti sofas because you taught me-

Zoltan: Please do, please do.

Mia: Because you have taught me. Exactly. And of course I’ve been to the showrooms and I’ve been to the fairs and so on, so I know how they are constructed which means I can divulge that information to my clients.  And actually it’s a no brainer, it sells itself. Providing they have… It fits the space and have they money to pay for it. But I always say, “You’re going to change your car before you change your sofa.”

“And you’re going to spend more time on your sofa, most people anyway, than you’re going to sit in your car.” It has to work hard, it has to… That is one of the key pieces you’re going to purchase, spend wisely. Don’t go for some that is lesser, they will not last the time that it needs to last.

Zoltan: Yeah, also it has to be amazing quality.

Zoltan: Yeah. Do you think when actually you got to the stage of the process to come to showrooms-

Zoltan: It is very important for the clients to see and feel the quality-

Zoltan: Because you mentioned actually educating.

Mia: Yes, absolutely. So, I’ve already pre-prepared them and then I will do a recap together with you often as you are my favourite person in the showroom.

Mia: And we work together. So it’s an easy… We have easy… Obviously in these conversations between us and the clients. And it’s not trying to sell them anything, it’s just presenting what is a fact and then it’s for them to make that decision.

So they’re not pushed into something. But it’s very important, particularly when you’re looking for upholstered items, so sofas, arm-chairs and so on, that the clients need to sit in a piece.So unfortunate, sometimes, and no showroom can have all the pieces available.

And it depends on the clients, some are more easy with that but most of them want to sit and feel.

Zoltan: I also feel sometimes when you come, for example, with clients to the showroom, once people sit and feel, they might actually fall in love with other pieces as well and that can work in both ways.

Zoltan: And just to have the visit.

Mia: Yes, absolutely. So, I’m doing this house, which is a… It’s for a TV presenter. I’m not gonna mention names. And it has a very big cinema room, a cinema room downstairs and this property of hers in north London, and it’s very big. So, the Connery Sofa will be incredible because you would see it from the back, and the front, from the side so yes, absolutely. 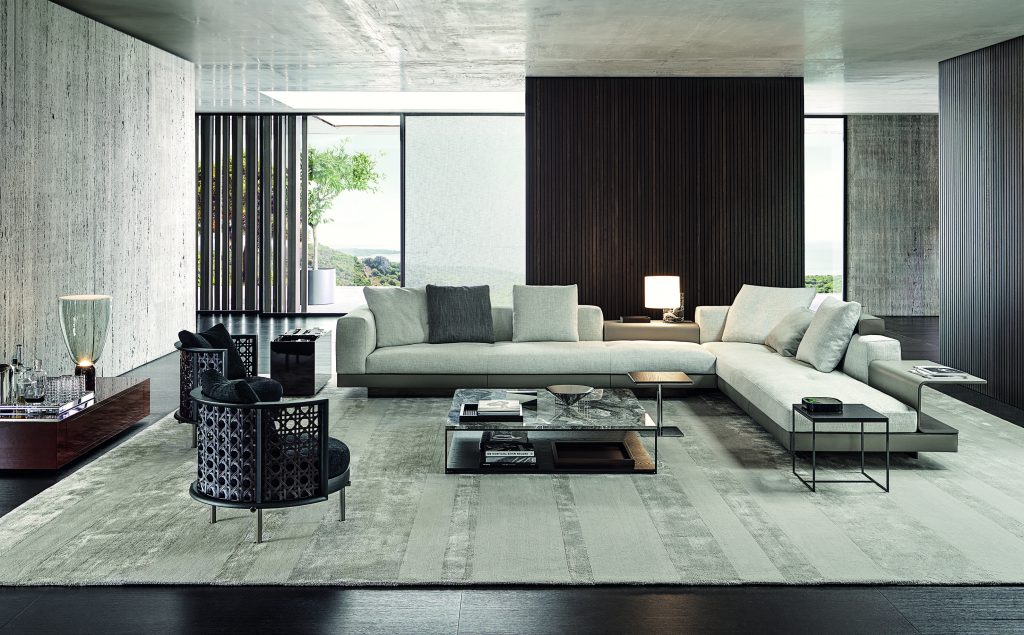 And also, I think we mentioned another project, which is a chapel in Hamstead. So, the space is incredible. It’s, I think, 89 metres high ceilings and we looking at particularly in another composition, which is I can’t remember the… 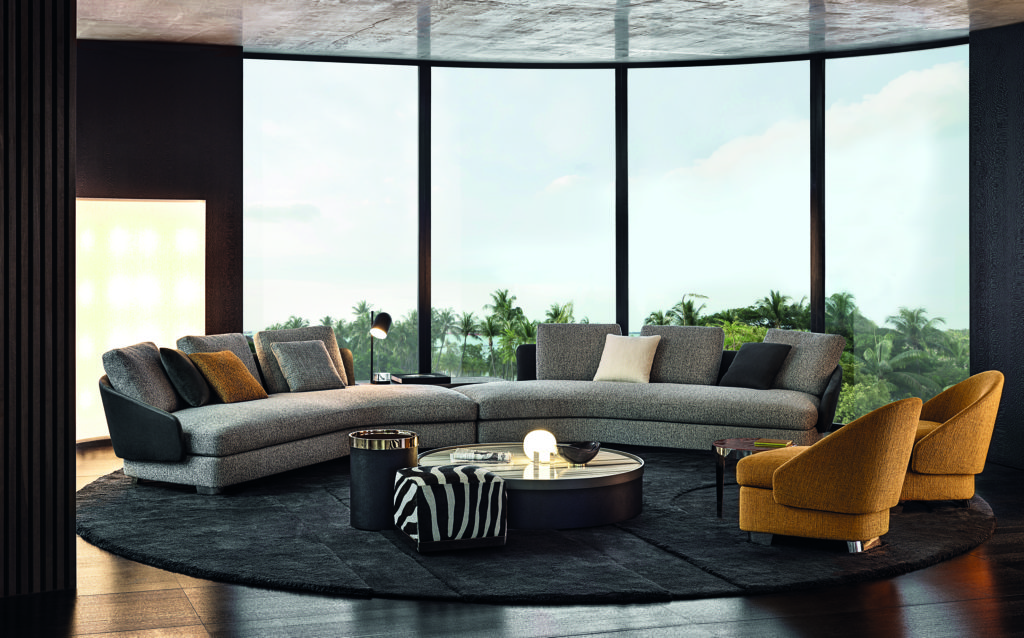 Mia: The Lawson sofa, exactly. So, we were looking at that and that would fit beautifully. So that’s another really incredible space that when you have these big compositions, you can actually use the sofas that look as good from the back, the side, and the front. As they’re not going to be against the wall. They’re going to be-

Zoltan: And this is actually the piece… The Lawson sofa is the piece which is very incredible and-

Zoltan: Unique from the back.

Zoltan: Because you can have the back part in leather finish. You can mix and match the fabrics on it as well.

Mia: Yeah. Another piece I like and I put a lot in, is the Cesar table. 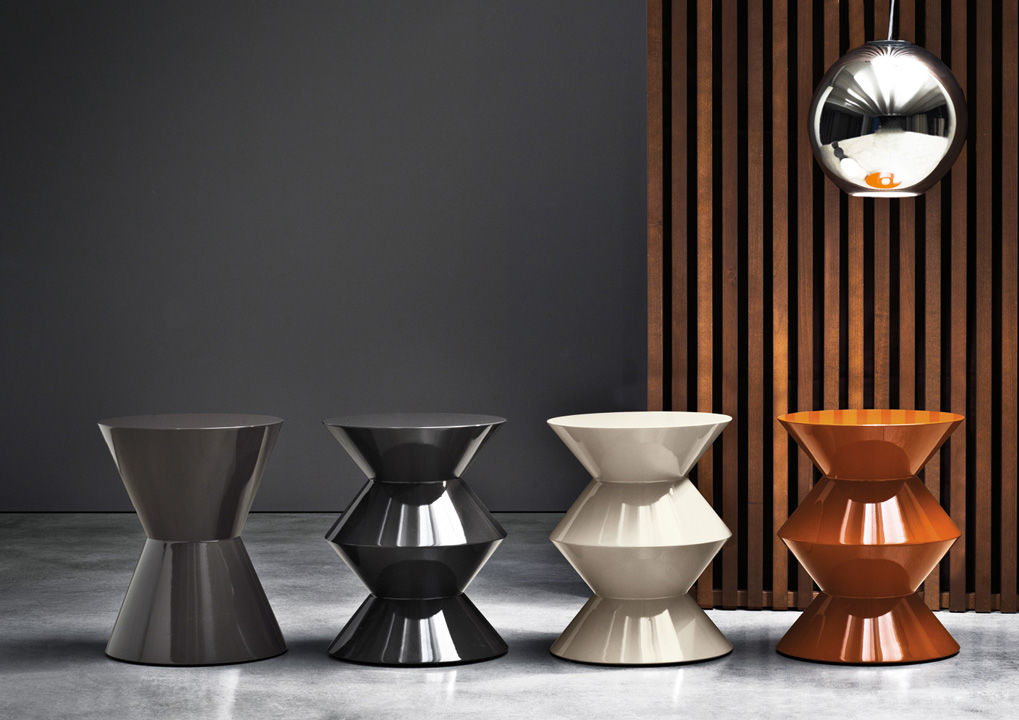 Mia: And that is my little colour thing.

Zoltan: Just a splash of colour-

Mia: And the high gloss actually together with a… And if you have a neutral sofa fabric, then to have that splash colour. And it can be quite a contrasting colour. It could be quite contrary if you want to and it looks fantastic. I love it.

Zoltan: Basically, you try to always introduce quite a lot of colour in the projects you are working on.

Mia: And it doesn’t have to be a lot of colour, but just a little drip here and there that you look and you don’t potentially expect it, it just makes you go, “Oh, that’s nice.” It makes you happy, yes.

Zoltan: Just to brighten your day a little bit.

Mia: And of course, it has to be a colour that the client… Will make the client smile. It’s no good for them if I’m smiling if they don’t like it. So they have to smile as well but yes.

Zoltan: For our chat. Thank you so much for coming.

Mia: Your welcome. Thoroughly enjoyed it.

Zoltan: And hope to see you soon.

Zoltan: We have lots of projects too to complete.

Ready to talk to one of our expert team about your next interior design project?