In the last few decades, many of the world’s most famous interior design firms have expanded globally, completing all kinds of projects from hotels and residences to airports and retail centres.

In this guide, we’ll take a closer look at some of the world’s largest interior design firms, many of which are blurring the lines between commercial, residential and product design with their inspiring and stylishly curated spaces. These companies lead interior design innovation and are always on top of the game with current design trends.

Here we will explore the history, expansion, areas of expertise and notable projects of five of the world’s largest interior design firms.

The late American architect Art Gensler founded the eponymous architecture studio in San Francisco in 1965 with his wife Drue. This commercial interior design firm is a pioneer of corporate design, with 50 global offices and more than 6,000 professionals networked across Asia, Europe, Australia, the Middle East and the Americas.

Gensler was originally focused on corporate interiors for the largest companies in the US, such as the Bank of America Building in San Francisco in 1969. Over time the firm has diversified into numerous forms of architecture and design, including retail centres, airports, education facilities, entertainment complexes and urban design.

Established in St. Louis, Missouri in 1955, the company was named after the surnames of the three founding partners: George Hellmuth, Gyo Obata and George Kassabaum.

In nearly seven decades HOK has grown to span three continents, with 24 studios specialising in design, architecture, engineering and planning. The firm designs spaces that respond to the needs of people and the environment, focused on the goal to deliver solutions that inspire clients and communities.

HOK launched its interior design practice in 1968, using space, colour, materials and light as tools to create healthy, uplifting environments. Spaces designed include offices, airports, hospitals, hotels, schools, sports venues and more. HOK’s interior designers optimise the space they are given to create multidimensional experiences, shaped by the people who use them. 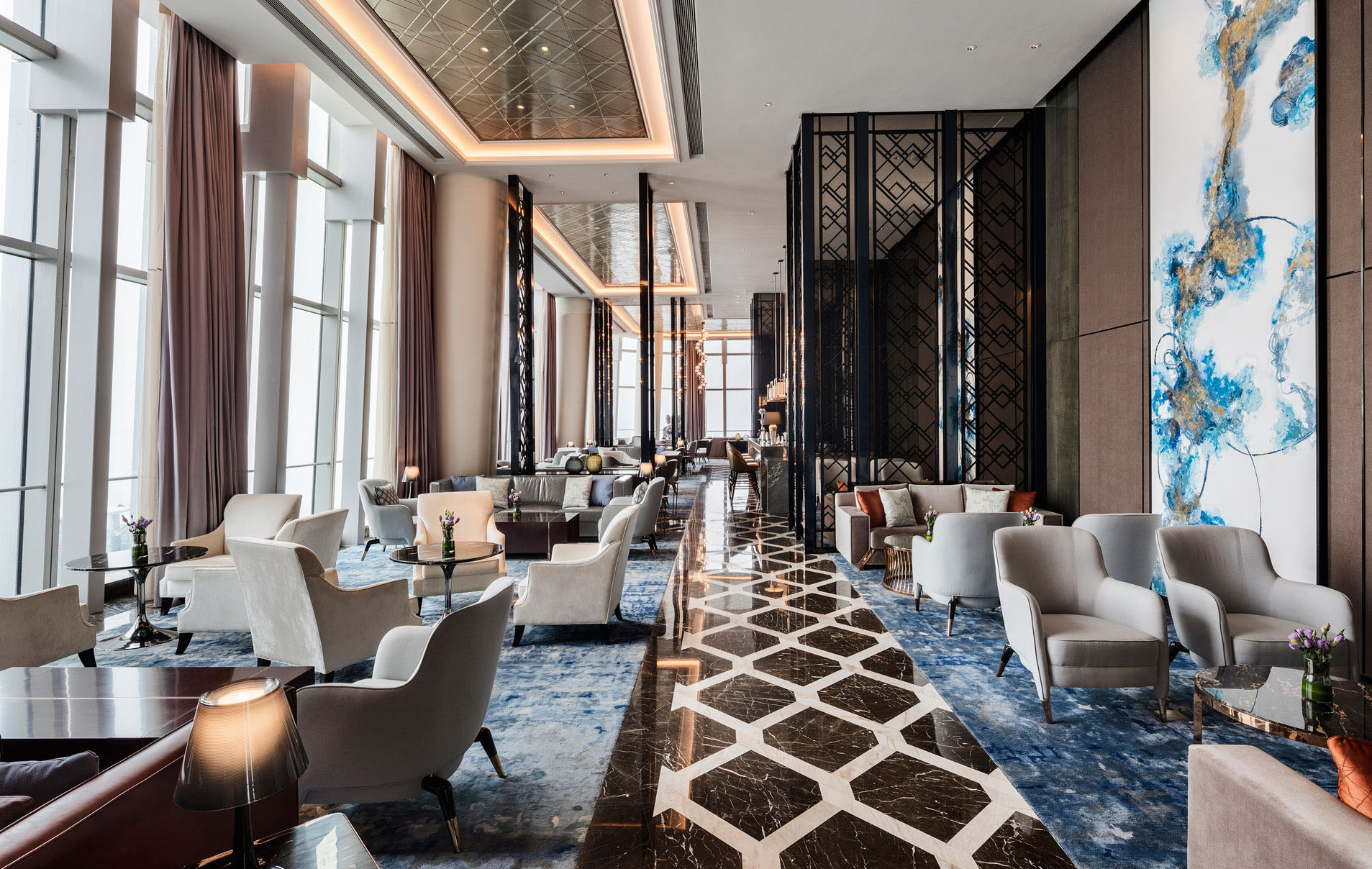 HBA was one of the first major design first to cater exclusively to the hospitality sector, as such it has grown to be one of the world’s biggest interior design firms  | Courtesy of Hirsch Bedner Associates

Founded in 1965 by Howard Hirsch and Michael Bedner in Santa Monica, California, Hirsch Bedner Associates (HBA) has grown to become one of the largest hospitality design firm in the world. Today they are renowned for creating signature looks for luxury brands including the world’s best hotels, resorts, spas, restaurants and residences.

The firm expanded to work internationally over time, establishing offices in Hong Kong and later in London. The firm is now headquartered in Singapore, employing over 1,300 designers in 24 offices across the globe. 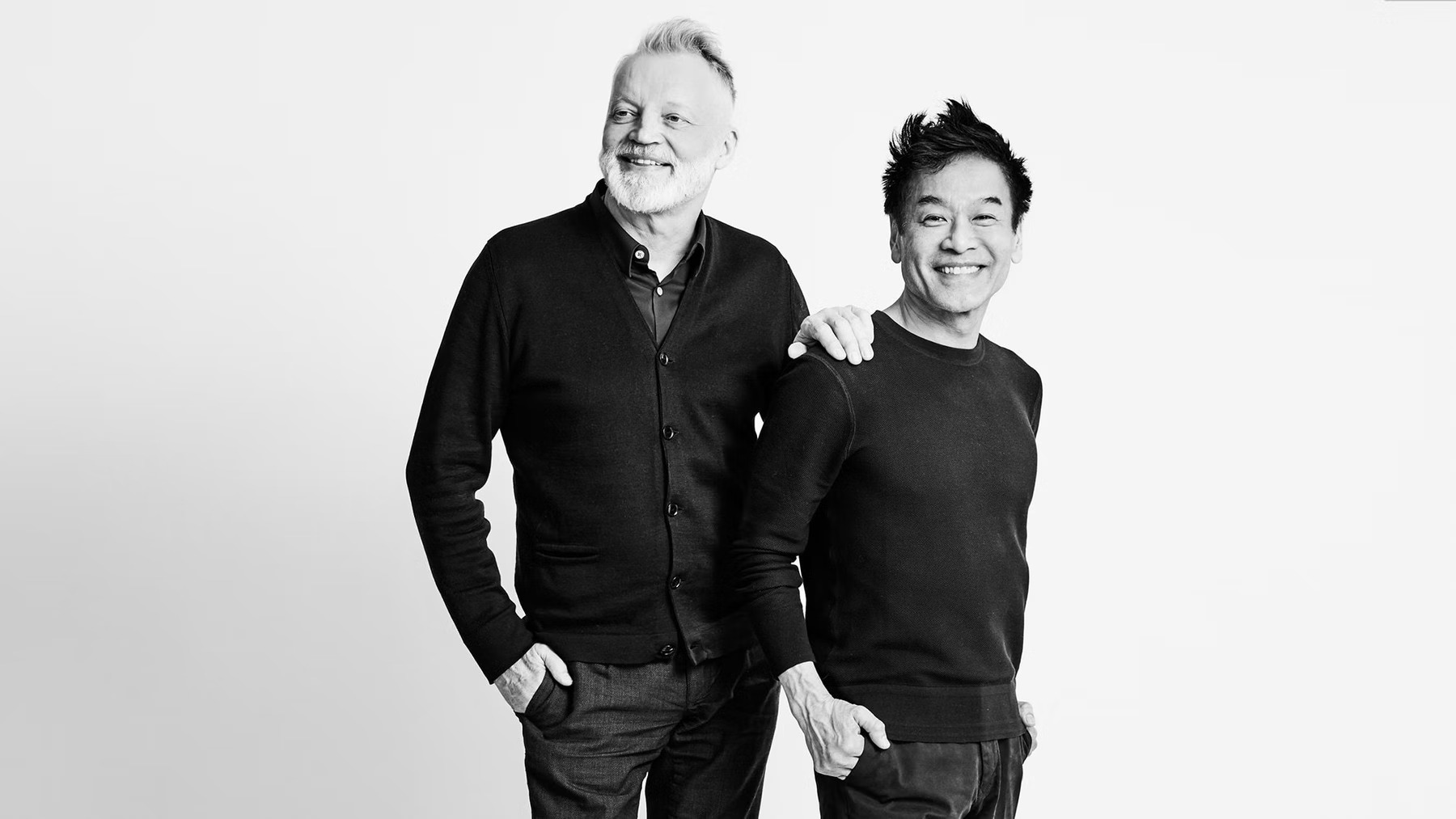 Yabu Pushelberg was founded in 1980 by Canadian designers George Yabu and Glenn Pushelberg, and has since grown into an international design studio working in more than 19 countries to produce award-winning experiences for some of the biggest hotel and retail companies.

Yabu Pushelberg’s approach to interior design is rooted in storytelling. The studio uses narrative as a tool to connect and articulate context and purpose and guide the project’s direction.

With studios in Toronto and New York, and housing a team of over 100 people, Yabu Pushelberg has gone on to win numerous awards including AD 100 Hall of Fame, BoF 500 and Elle Décor A-List Designers.

The Canadian firm’s client list includes some of the biggest brands in hospitality, such as W Hotels, Four Seasons, Aman, EDITION Hotels, Rosewood and Viceroy. IA has worked with a number of reputable clients, including Google for which they completed an extension of their headquarters, as pictured above | Courtesy of IA Interior Architects

IA Interior Architects is one of the largest global architecture firms focused exclusively on interiors. Founded in 1984 by David Mourning, IA has grown to have 24 offices across the US, UK and Canada.

IA’s approach to design focuses on how the aesthetics and organisation of a space can reflect the brand, improve efficiency and productivity, increase employee satisfaction and support sustainability.

The firm prides itself on a ‘one-firm’ philosophy, working together cohesively with a tremendous amount of inter-office knowledge sharing. The advantage of this is to equip the team with expertise extending far beyond respective local markets.

IA works across a variety of market sectors, including workplace, retail, hospitality and healthcare, and places the human experience at the core of all designs. Clients of note include Google, InterContinental Hotels and Mitsubishi Motors.

The success of the five firms highlighted in this article alludes to the importance of the role interior design plays in all aspects of modern life. All of them have grown over the decades to operate globally, a sure sign of success in their respective specialities.

Our top five include:

From workspaces and retail to accommodation and hospitality, these industry leaders help make these spaces more inspiring and impactful.

Request Callback
We use cookies to ensure that we give you the best experience on our website. If you continue to use this site we will assume that you are happy with it.OkPrivacy policy